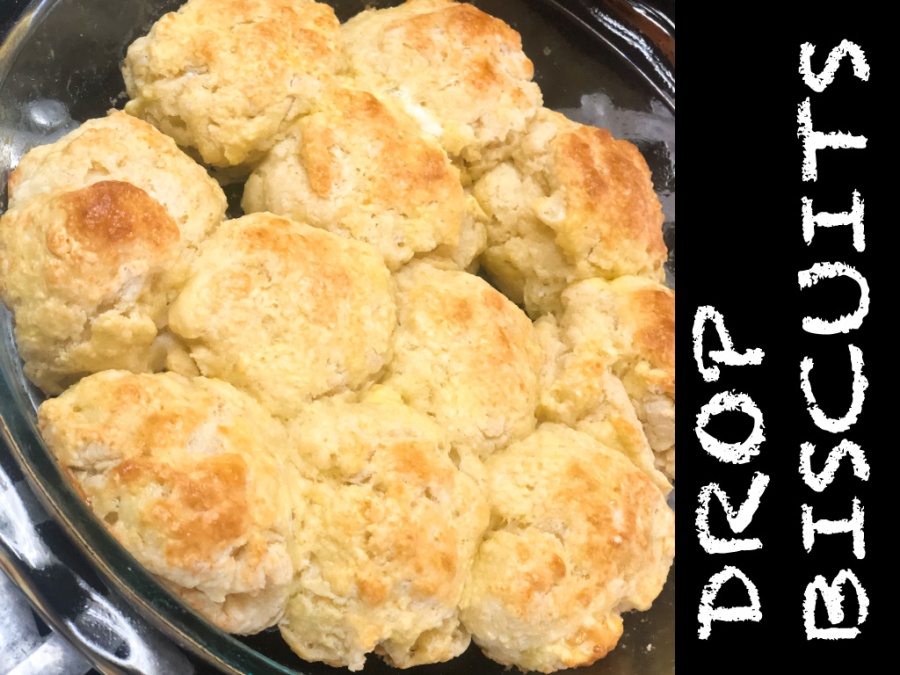 One of the things I’ve been loving baking on Saturday and Sunday mornings are biscuits. My bf usually sleeps in and I was born a morning person, so I get restless. It’s also a nice surprise for him, since he loves biscuits with strawberry jam. And the dog never complains about my baking–he sits at my feet the whole time in hopes that some flour will float down on the floor so he can quickly lick it up. It’s a win for us all and you only need a few ingredients: flour, cold butter, cold milk or buttermilk, baking soda and salt. The recipe I used this week also had an egg (see link from Shutterbean below).

I make biscuits a lot, but when I told the bf I had made drop biscuits, it was a whole thing. He repeatedly said, “I don’t know what that is” even as I described them in far more detail than necessary. The only thing that kept him from saying it again was to feed him one. Then he was content and didn’t really care what it was named.
To me, it’s pretty simple. Drop biscuits are any kind of biscuit you just sort of drop in a pan rather than forming into a shape or cutting them with a cutter. Think Red Lobster’s cheese biscuits. Those are just fancy drop biscuits with cheese and herbs.

Drop biscuits can be a life saver if you’re at someone’s house who doesn’t have biscuit or cookie cutters, although in a pinch, I’ve also cut the biscuits using plain kitchen glasses. To use a glass, just press firmly down into the seal breaks and you hear a poof–do not twist! Just keep pushing down hard and the seal will eventually break. I usually dip the end of the glass in a little flour to make sure it doesn’t get stuck inside, but if it does, you should be able to pull it out easily using your fingers.

Loves music, food and cupcakes! Let's make the world a better place by being passionate about what we love! View all posts by tiffanylynnyoung